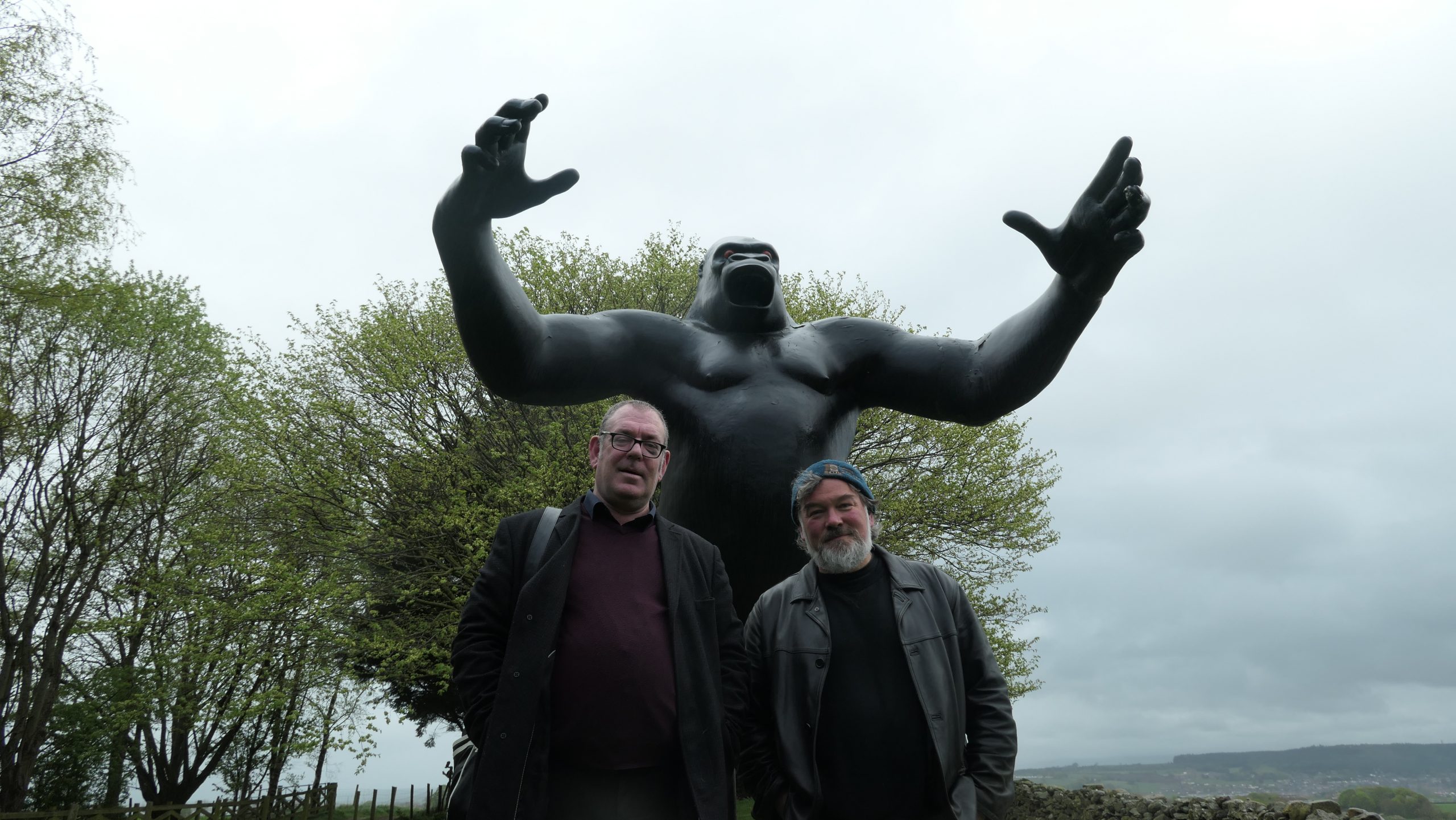 I had never heard of Robert Lloyd or The Nightingales before watching ‘King Rocker’, but it made me want to. That seems to be the mark of a good music documentary.

Comedian Stewart Lee hosts an exploration into the life and works of Birmingham underground post-punk musician Robert Lloyd whilst using the story of a rejected giant statue of King Kong which once adorned the city as a mirrored comparison of underappreciation. Lee also weaves in his own personal stories and experiences with these two outcasts of Birmingham to complete the through-line.

Michael Cumming knows how to treat misfits and oddities. He’s done it many times before by framing eccentric characters in several comedy shows over his career including ‘Brass Eye’ and ‘Toast of London’. His previous direction of Lee on the show ‘Comedy Vehicle’ also shows he’s learnt how to best display the comedian and get across his dry, sarcastic humour in a way that will resonate with audiences. In addition to this, even though Lee is not directly comedic in the film, the way in which he recounts the tales of King Kong’s statue, laces in his own memories and interacts with Lloyd, all keep the captivating flavour that works so well in his stand-up sets.

Throughout most of the film the main focus, Robert Lloyd, appears to be the sort of bloke you’d stumble into sat in a pub talking shit into his own pint of ale. Cumming and Lee excellently highlight the undiscovered brilliance of Lloyd’s catalogue and life story to an enthralling effect. They frame him as warm and charismatic but at the same time down-to-earth and fairly normal. This works in the films favour as images of him chatting with Lee in a greasy spoon café or pottering in his kitchen showing off the assortment of pills he has to take work as great contrasts to the unique music and the witty stories placed about the film.

Equally as captivating and intriguing is the story of the Kong statue. The 18-foot monster was built by the pop art sculptor Nicholas Monro as a commission for the centre of Birmingham as part of an arts initiative called the ‘Sculpture for Public Places Scheme’. Lee lays out the story of the fibreglass beasts’ conception and eventual rejection by almost everyone who it found its hands in.

The parallel stories are further stitched together through the use of short, crude animated flashbacks displaying different occurrences from Lloyd’s past with a cartoon depiction of the giant ape standing in for Lloyd. It is a great additional way to help solidify the thematic bond between the two subjects of the film which at first may appear to have very little connection.
The end result is a heartfelt low-budget documentary made with a lot of passion and love for its premise.

King Rocker is currently available for streaming on Now TV and Sky Go.