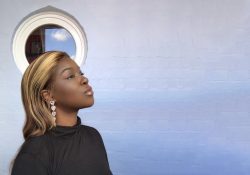 Whilst chasing her dreams of being a singer and YouTube influencer, Keisha Shadè, was able to kick-start a positive transformation within the YouTube community. Savannah Duncan hears her story.

Keisha’s words began to spill from her mouth as she spoke. You could tell she had a lot to say but wasn’t able to completely accommodate the speed at which she remembered. Her words stumbled over one another, each fighting to be heard.

“Do you know what’s crazy?” she says, “I actually didn’t realise it at the time, at the time I was so nervous to put that video out.”

YouTube commentator and singer Keisha Shadè, 20, created a video titled ‘Where is the diversity on YouTube’ in 2019, tackling the controversial topic of racial segregation between YouTube influencers whilst they were on a brand trip.

It sparked a conversation within the platform on the racial concerns that were occurring. Eventually, enough people began to speak up which encouraged the brand to completely abandon ship and close its business.
This brand was a popular shopping app that allowed its users to shop for clothes and accessories from multiple stores. They provided all-expense-paid trips to various countries for Influencers of their choosing, with the condition that they promote and support their app with vlogs, videos, and pictures.

Within August 2019, they invited a group of female influencers to Fiji. However, their choice in influencers were thin, white, females with only four being women of colour.

“So those four girls were in a room by themselves,” said Keisha in her video, “it didn’t look like a room, it looked like it was connected to the living room.”

At first, she had doubts about speaking on the situation, because no one had made a statement including the girls on that trip.

“And I feel like maybe it’s not my place to speak on these things, because other people of colour on the trip didn’t say anything.

“My brother was saying Keisha just post it, he didn’t watch it, he just said Kiesha just post it,” she says slightly chuckling. You can tell she was grateful for her brothers’ encouragement.

After uploading the video Keisha quickly noticed the unusual amount of attraction it gained within just an hour of being on YouTube.

“I was like ‘oh wow, people probably felt this but didn’t say anything or people were looking for a video where someone will talk about this’.”

She began to realise the positive impact her video made on the platform as more people began creating videos supporting the same topic.
Influencers on the trip started reaching out to Keisha thanking her for raising awareness.

“A creator called Vereena, who was also on the trip,” she says, “she watched the video and then she messaged me personally.

“I said just do it and honestly she did it, and I feel like everybody who made a video at that time made a difference.”

It’s funny how Keisha didn’t create her channel to improve the YouTube community but was still able to succeed in kick-starting that positive difference.

She first started YouTube at age 16 in 2016, whilst she went to an all-girls secondary school.

“I can talk on a topic for days if you gave me that opportunity. I thought you know what, let me just stick the camera on and just rant.”

At first, Kiesha only made content for fun and as something she could enjoy in her spare time, whenever she had the chance.

“People started latching onto it and they were like can you talk about this next, it didn’t feel like a chore,” she says.

She never saw herself to be within the position she is in now, seeing as she started her channel creating fashion videos.

Commentary isn’t the only type of content Keisha creates as she is also a singer. She knew that her music wouldn’t take off as easily if it were uploaded to YouTube directly on a second channel, as it might not be found by her viewers due to the YouTube algorithm.

“I was like you know what let me be smart about this, lets do commentary, but let’s also find a way to try and blend the both of them together. It hasn’t been done before. I remember people telling me Keisha are you sure you want to do music and commentary, they don’t blend.

“I remember in my head just saying no, before I release my first one I’m just gonna put it on my main channel… it’s just not me.”

Music has always been one of Keisha’s passions and she’s grateful to be able to achieve it alongside her commentary and music channel theme mashup.

“In primary school, we had these mini journals in year six and we get to write down what our passions are and what we wanted to be in the future and I still have mine now it still says singer.”

Her latest song ‘Freak’ surprisingly turned out to be her least favourite song she created whilst making music.

“Freak is not my favourite song and I can wholeheartedly say that,” she says.

“I wrote it just to say I tapped into a different genre, so that’s definitely not it for me. I think it was only good for the fact that it gave me Melanie Martinez or Billie Eilish vibes, like creepy vibes, so I don’t regret that.”

However, her favourite song out of her collection is ‘Get Over It’ because she likes the funky radio style that the song has.

“My inspirations from music as of recently have been Dua Lipa and a little bit of Doja Cat meshed together and I feel like both their sounds are sick honestly,” Keisha says.

Despite being a small artist and content creator Kiesha still has huge aspirations and goals for her future.

“The goal is radio, honestly and truly ‘Get Over It’ is the definition of radio.”

Keisha Shadè started her YouTube channel to create fun homemade videos and to be able to chase her dreams. However, she achieved more than just her dreams and in turn, was able to kick start bringing the YouTube community together by providing a voice for those who didn’t feel they were able to speak up.